Florida’s Health is at Stake 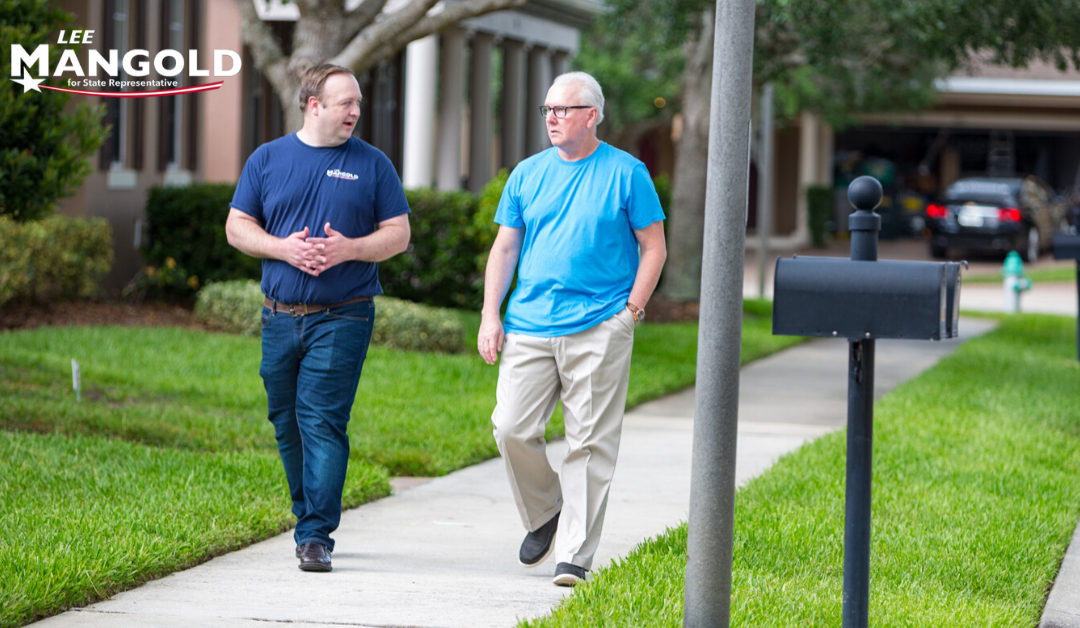 Never before in our lives have we faced a moment when the need for affordable healthcare was so clearly and vitally essential to our state and our nation. As we struggle to face the challenges of a global pandemic, the gaps in our healthcare system have been further exposed and the need to provide citizens with accessible healthcare has reached a new critical level.

Even before COVID-19 drew healthcare into sharper focus, a January 2020 Gallup Poll revealed healthcare to be the number one issue for voters for the 2020 Election. That is not surprising considering that continually rising healthcare expenses affect us all, from young families to elderly parents and grandparents in need of caregiving services.

The Fight for Affordable Care

Florida currently has the highest rate of enrollment for Affordable Care Act (ACA) plans in the nation, signaling an overwhelming need for healthcare options. Unfortunately, Florida’s GOP-run legislature continues to wage attacks on the ACA, putting 1.7 million Floridians at risk of having their healthcare access repealed, including nearly 200,000 Floridians who received coverage during the pandemic.

The Supreme Court is currently hearing a case (California vs. Texas) that would invalidate the ACA. Sadly, Florida has joined 17 states and the US government in the repeal effort. Repeal of the ACA would have dire consequences for Florida’s families and healthcare nationwide, including loss of protections and coverage for preexisting conditions, loss of requirements for mental health care, loss of certain prescription drug coverage, and other essential benefits.

Instead of trying to take away healthcare by repealing the ACA, Florida should be actively seeking to broaden access through Medicaid Expansion. Nearly one million Floridians are currently without healthcare. Nearly half of the uninsured households earn less than 200 percent of the federal poverty level – barely enough to scrape by, but just over the threshold to qualify for benefits. No one should have to choose between taking care of their health or their family’s health and putting food on the table.

More than 800,000 Floridians would gain access to health coverage, if Florida joined with the majority of states that offered Medicaid Expansion. Medicaid has added almost 300,000 new enrollments in the first months of the pandemic and enrollment numbers continue to rise daily due to coronavirus. Expanding Medicare for our most needy citizens can be seen from a point of compassion, but it also makes financial sense. Medicaid Expansion would return federal tax dollars Florida sends to Washington each year back to our state to support citizens’ healthcare and pay hospitals and health providers.

Help for the Caregivers

Watching my mother act as a caregiver for more than a decade, I know firsthand the struggles that family caretakers face. In 2015, the AARP estimated that Florida family caregivers provided the equivalent of $29.7 billion worth of uncompensated care and needs are only increasing. Florida’s elderly population is growing more rapidly that other segments of the population with the U.S. Census Bureau estimating that 32.5 percent of Florida’s population will be 60 and older by the year 2030, an increase of 34 percent from 2012.

Despite this growing need for caregiver assistance, Florida currently ranks as 49th among the 50 states and the District of Columbia in providing support to family caregivers. Legislators must support our caregivers with the resources they need.

Care for Mothers and Babies

Florida ranks 32nd out of 50 states in terms of highest maternal mortality rates – a maternal death rate of 28.1 per 100,000 live births from 2013-2017. The statistics also reveal a growing divide between white women and women of color when it comes to infant mortality as well as death from pregnancy-related issues. As a father, it pains me that any family should have to experience this unimaginable grief because they did not have access to needed care.

Healthcare is a necessity, not a privilege – for some it is a matter of life or death. I believe a community is not a success unless we care for our most vulnerable. We all have a healthcare story and many of you have shared yours with me.

As your Representative for Florida House District 28 I will never stop fighting for the health and well-being of our community.  I need your vote on August 18th! Please make your voice heard at the ballot box and I promise to be a voice for you in Tallahassee fighting for every Floridians’ right to accessible healthcare.