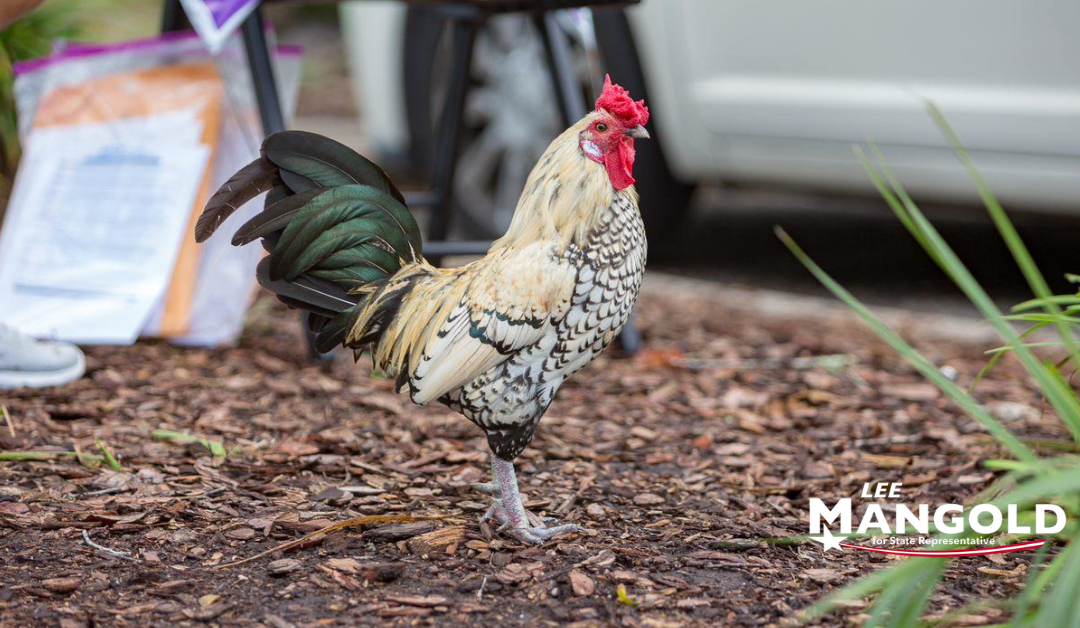 Our natural resources are one of the things that make Seminole County a great place to live and gives our home the distinction of being “Florida’s Natural Choice.” My family loves the outdoors as do so many people who live here, and in Seminole County we are lucky to have access to natural springs as well as multiple parks, trails and waterways for hiking, biking, fishing, and kayaking.

Florida’s natural spaces and resources are vital to our way of life, as well as to our tourism-based economy and our state’s very survival. Yet Florida’s fragile environment is being pushed to the brink in many areas by over-development, aging infrastructure, climate change, sea level rise, the lack of strong environmental policies, and no comprehensive plans for clean energy.

Through my conversations with local leaders and neighbors, I know that protecting our environment is a priority for many of us, especially when it comes to Seminole’s rural boundary, scenic rivers, and wildlife corridor. As a parent, I know how important it is to save our natural resources for future generations, which makes protecting Florida’s environment a priority for me in Tallahassee.

Fighting for Our Rural Boundary

A little more than a decade later in 2004, Seminole County voters established the Rural Boundary, protecting the vast green space including more than 74,000 acres from errant development. Seminole County is the third largest county in Florida in population density and maintaining the Rural Boundary is incredibly important in balancing and preserving Seminole’s resource needs including the freshwater aquifer.

As a state, Floridians passed the Florida Water and Land Conservation Amendment to the state constitution, requiring that Florida set aside $10 billion in tax money over a 20-year period to purchase environmentally sensitive land.

These programs have become inconvenient for many Florida developers, including former legislator Chris Dorworth, leading to lawsuits, political donations, and heavy lobbying for the developers’ benefit.

We must continue fighting for Seminole’s natural resources and NOT Seminole’s developers. I will commit to supporting 100 percent funding of Florida Forever for the acquisition and improvement of sensitive lands. I will work to identify bills and amendments that erode our county’s local decisions and fight back against them.

Most importantly, I will listen to the voice of Seminole County residents – a voice that has repeatedly stated that protecting the environment is critical to our citizens, to our economy and to our survival.

The main source of water for most of us in northeast and central Florida (90 percent) is the state’s natural aquifers. These pristine waters are underground and out of sight, as are Florida’s more than 2.7 million septic tanks, including more than 40,000 right here in Seminole County.

Each year, poorly maintained and older septic tanks contribute to excess nitrogen in our water supply, seeping into aquifers, lakes, rivers and ultimately into the ocean – up to 17 pounds per person, per year. Leaking contaminants pollute the water and stimulate toxic algae blooms – creating damaging algae growth that densely blankets Florida waters, starving fish and native grasses of oxygen.

Replacing a septic tank can cost a homeowner up to $20,000, which is why continued funding to upgrade and replace septic tanks needs to be driven by the state and counties. Protecting Florida’s waters means ringing old septic tanks up to current codes, connecting homes to existing sewer lines, and prioritizing mitigation for septic tanks near waterways will mean a $20+ billion investment from our state, citizens and business. We need to get to work on this issue to ensure protection of Florida’s waters.

Surrounded by water on three sides, Florida is exceptionally vulnerable to climate change. Since 1950, Florida’s sea level has risen 8 inches, and the state is predicted to lose another 6 inches to sea level rise by 2032! Florida is both literally and figuratively ground zero when it comes to sea level rise. The average elevation in Florida is 6 feet, with some places as little as 3 feet above sea level. As sea levels rise due to global warming, we are going to continue to see increased coastal flooding in Florida – including increased tidal flooding even on sunny days.

It is not just rising waters that we must mitigate – projections show that by 2050, Florida might experience 130 days of dangerously high temperatures. This reflects a five-fold increase, as Florida currently experiences around 25 days of high temperatures a year.

Warming waters around the Florida peninsula are also endangering the health of our famed coral reefs and fueling more frequent and increasingly powerful tropical storms and hurricanes. The resulting devastation to people and property is tragic and the loses in infrastructure catastrophic to our state.

With an economy so highly dependent on climate, Florida lawmakers need to start paying attention. Tourism accounts for $85.9 billion in revenue and more than 5 million jobs. Outdoor recreation provides $58 billion dollars in revenue and approximately 500,000 jobs. Florida’s agriculture business contributes $127.3 billion to the economy and 14 percent of all jobs in the state, as the second largest vegetable grower in the nation. The success of these industries is tied to climate change and our environment.

Despite these challenges, there is no comprehensive plan to fight climate change or adopt a clean energy policy for the state of Florida. Gov. Ron DeSantis has not created a comprehensive state plan to address climate change, nor has he called for a reduction in pollution or statewide plans for converting to clean energy to reduce greenhouse gases.

In Florida, much of the action to combat climate change and enforce environmental protection is being driven at the local level, but overreach by the state legislature is undermining local control and pushing lobbyists’ commercial interests over local initiatives and conservation efforts. Preemption bills take away local authority on many issues including environmental protections.

Responsible leadership means fighting for our natural resources and not caving to special interests who want to pave over our future. We must take action to reduce fossil fuel consumption and invest in renewable resources, including solar energy – owning our title as the Sunshine State.

I have a plan and I’m ready to take action – will you join me?